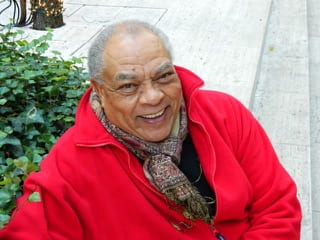 I love making new friends. Some of my friends come from the books I’ve read. Others, are people I have met in my life and, still, others are the friends I create when I write.

I would like to introduce you to a friend I met some time ago. His name is Emerson Ham.

It wasn’t quite spring but you could tell that it was on the way. There was that light, sweet air that caught your nose, made it itch, and filled it with all the fragrances of fresh things slowly popping their heads above the ground. It was Friday, late afternoon, and the sun was just beginning to stretch its arms to hold back the cover of night so that it could catch a longer glimpse of my uncle, Ashley, and I hurrying to make the last mail boat to the island.

This was about to be a weekend of firsts – like my first time to Maine, my first ride on a mail boat below the Acadia mountains and my first visit to my uncle Ashley’s new home on an island that was so small that I couldn’t understand how it had lasted so long without a giant wave washing it away. Why hadn’t the sea surrounding it swallowed it up one day, forgetting it was there? Islesford or Little Cranberry is about one mile long and less than a mile wide. Imagine that! It was my first time to such a small place. Was it safe? It didn’t matter. I was with my hero, my uncle, Ashley Bryan.

It took about 25 minutes to cross from Northeast Harbor to Islesford. When we arrived, the fog was beginning to settle in around us. There he was! At the dock, looking very tall and menacing, was this man from out of a scary movie. He had a squished red hat cocked to the side of his head. It seemed to go along with his jacket that was old, dark, rain proofed, and had been worn forever. He barely smiled and stared deeply with his eyes into mine as if ready to pounce upon me as if I was his prey. Behind him, though, was a beautiful cart about the size of a crib with colorful flowers painted all over it. The vision seemed so contradictory – this strange, scary-looking man with this colorful cart.

We stepped off the boat to be greeted with “the crossing was easy-going, wasn’t it?” from a man who seemed like a smile was something foreign to his face. I walked slowly on to the house, behind my uncle and this man whose every footstep seemed to be four of mine. Never a word was spoken. Just silence. We reached the house 10 minutes later. He turned to me and said, “goodnight – sleep tight- don’t let the bed bugs bite”. Somehow, coming from him, it didn’t seem like a wish for safety through the night. This was my first time meeting Emerson Ham. This was my first time meeting anyone that strange.

The next day, just as the sun was rising above the horizon, there was a knock on the door. I jumped out of bed and ran to open it. There he stood, same hat, same jacket, same stare, and same smileless face.
“You’re ready aren’t ya?” he said.
“Ready for what?” I said.
“To go clammin” he said.
“Climbing?” I said.
“No clammin”, he said as he handed me a pair of tall boots.

It was then that I noticed his boots. So over my pajamas, I put on my coat and my boots and went with him. I was too afraid to stop and brush my teeth or use the bathroom, even. But, somehow, I knew I would be safe.

We walked down a narrow road. He was several paces ahead of me. Not another word spoken. Finally, after what seemed to be forever, we reached the shore of the cove. It was then that I noticed he had two buckets and two shovels. We walked along the shore for a distance until we, finally, stopped. Mr. Emerson Ham looked down at the sand and pointed to some small bubbles. “Ya see them there bubbles, don’t ya?” “Well, that’s where there’s a clam.”
Gently he dug into the sand, reached down, and pulled up a clam. He pointed to more bubbles and showed me once again. I dug, I reached and I pulled up a clam. When I turned to show Mr. Ham, he, finally, smiled and said, “clammin, first time?”

Each time I visit Islesford, I go to that spot on the beach and remember that very special day. I remember, vividly, that special time I spent with my friend Emerson Ham. I don’t go there without thinking about him. Once in awhile, though, I think I see the remains of his footprints a few paces ahead of me being washed away by the tide.